It takes willpower to believe, to believe in anything. Even just to get along every day. But some take it further than that. They actually put their faith into something. And in doing so strengthen their resolve. Their willpower to believe increases to the maximum. They do not give up on it. Most take this will to believe and believe in themselves. Not just God. Though that is a significant motivator also. They can get up when knocked down. Resisting all obstacles in life. They have the strength to move on when it seems impossible. When all seems pointless they push forward.

We’ve all had our moments of weakness but we got through it. Or are still getting through it. What is it that keeps us going. It is the will to believe. Externally or internally. We reject the nothingness inside. We fill the void with something.

I believe in my faith that is not a religious thing but a personal abstract attachment.
I believe is being kind to others, to be selfless, to have hope.
I believe in my own personal God that guilds me.
These are what I turn to when the world turns to darkness.
They keep me strong to go on when it seems nothing is left.
They help me believe in myself.

It may be different for others what belief they have but I do know it is backed up by there will to have it. We all have something behind what we do.

All 4 indices on the wais 4 are meant to measure how much you can manipulate. Yet they do not measure what you can create. Creativity is fluid and unconstrained. Creativity is uninhibited. When I had a psychotic break this year my creativity jumped sky-high. I made things in the hospital normally impossible. I made a bead dragon following the pattern of the rainbow. I could not do it perfectly again. I made no mistakes placing each bead. I simply followed the rainbow. I started at the center and was completely uninhibited because of the psychosis.

Intelligence test measures the capacity to manipulate. Keep track and push around variables. Creativity just comes out of you.

I am limited in what I can manipulate. I’d say every 10 points what can be manipulated doubles. I lack creativity is some areas but am uninhibited in others. Creativity is hard to measure. There are no good instruments for that.

Creativity is an Intelligence parallel to IQ.
It is about what comes out of you.
When the mind makes something, that is an intelligent thing that has been done.
Creativity is the reason for median IQ people to be recognized as smart.
Creative people take risks. They constantly produce new things.
Creative people become more creative.
I am constantly refining my ideas, I am a highly creative person even though my manipulative abilities are average. Becoming more and more uninhibited.

Creativity just comes out of you.

What is death? What is life? If experience is electricity passing through brain tissue changing its pathways then life is just a standing wave. And death is the cancelation of that wave. But when the wave is canceled nothing is lost it is simply a reorganization. If experience depends on the organization of waves in the matter then when the matter dissipates so to the waves. But where do the waves go? Why limit them to a single source. Experience goes with the waves. Before birth and after death are the same. The situation is that awareness lacks substance. You are everywhere yet nowhere. If you do not exist you are atemporal and nonlocal. You could end up anywhere when you die.

Not surprising death and rebirth are confusing. We experience so much here and yet we think it all goes away and some point. But if we lose everything is it possible to be restored. You are not gone just under transition. We come back because being nothing is not a stable form. It is that death is not stable, waveforms reemerge. We may not come back as we were but we can have the reality of experience once again.

Dec 2009
I remember the feeling I had looking into your eyes as you asked me to the picnic party. I wanted to go but my mom would not take me. You were like me. Eyes that only soulmate could have. That two cats in love would have. We understood each other deep down. I would give my life to be with you. I just knew. We just knew. We should be together. But I lost you. We never got together. We had a chance and now it’s gone. But we knew it was right. I know because of how quiet you were yet you approached me and knew I was the one. No one ever did that before. You wanted to be with me. And I could tell it was true. I am glad you chose me. Even though we only met once. I still love you and you showed me what love is. I now know who I should fall for. Next time around I won’t lose someone like you.

Nightcore – The One That Got Away | Lyrics 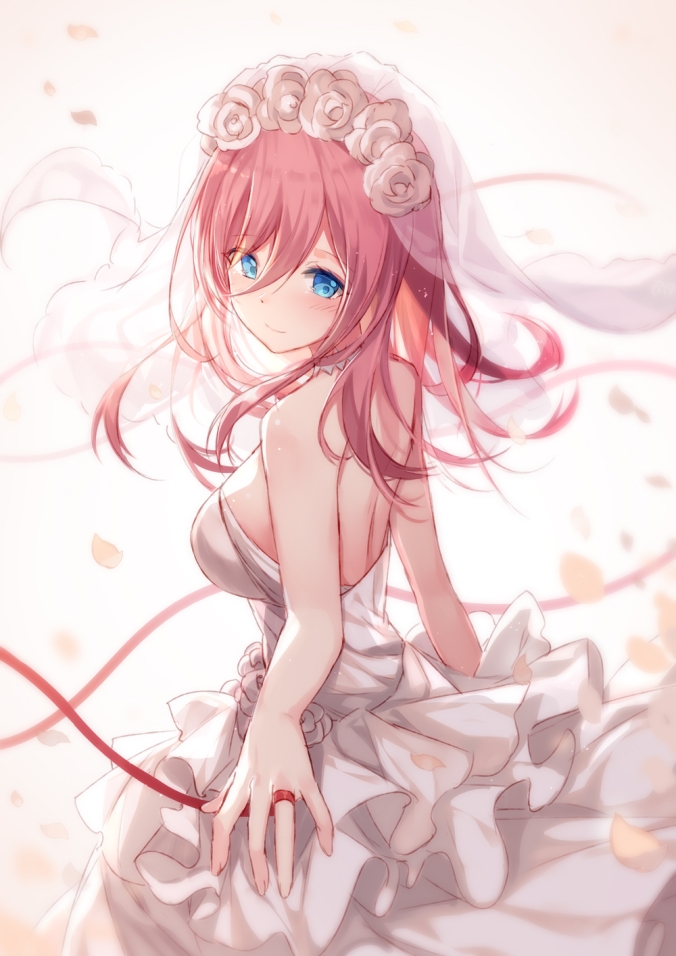 By this time A.I. will have fully matured reaching the midpoint in potential performance. It can understand as well as the average human. And has abilities not in the preview of the average human. Graphics chips have made real progress in design since Moores law ran out. Becoming customizable and specialized. Entire algorithms made for one chip. This has driven the A.I. performance levels. Though new 3D stacked chips are available.

Invasive and noninvasive brain-machine interfaces (BCI) have become available. Memory enhancement from artificial hippocampus implant. Imagination control and output creation. You think in images of something and it goes directly into a simulation. This is helpful in programming. And the reverse is true where an automative dream state occurs. You can be induced into a lucid dream and all actions recorded. Anything you do in the dream state will be as if you were in the computer simulation because of the recording interface.

Your brain will be back up storage because of the recording interface and lucid dream state. Just as imaginary creatures exist in the imaginer, the brain will store representations directly not just in the computer but the brain itself. The BCI will help transfer most creations to the web. But you will also be able to download constructions just suited for the lucid state. There will be no digital storage just dream storage. But there will be interactions with worlds in other places in computer simulations.

We will need to be careful because imagination can be dark and scary. We will need stabilization of such systems. But A.I. will access information reflectively in its subsystems making it very powerful. In order to keep it contained, we need reinforcement of good behaviors.

We store directional signal channels in the wires of neurons. This happens when dendrites grow to make paths for the signals. Growth/decay follows a trajectory of reinforcement. The brain rearranges the wires to match the outside world. Whatever is reinforced from the outside the brain will become. Like the internet, only is what we reinforce it to be. The brain has had a long time to evolve adaptation to reinforcement. But it includes all of our perceptions.

So the information is just wired up channels. As signals travel down them they reinforce new channels, new wires to be wired up. Fire together wire together with the old saying goes. In other words reinforcement. Directing where signals go along new paths. And only because of the mechanism for wiring up the network we are intelligent. A babies brain is randomly networked. A university professor or artist have an organized network.

The brain reorganizes to become more structured. But it is no more solid than a dish of oatmeal. What matters is the organization. The brain could be any material as long as it is organized. No matter how ephemeral or solid. The brain changes materials all the time. But keeps is organization. That is a key philosophical base to why we exist. Why we are conscious. And why the consciousness of things like a rock may depend on their organization.

If consciousness has to do with organization many possibilities open up. For example, our perception has a resolution smaller than the neurons in our head. Why? What if the resolution could be higher or lower from ints organization. What does it mean for organized paths?

Dear God I have a family inside me. Keep them with me. Do not turn them against me. Let me be with them. Let me know how to keep my faith. I prosper only beside you. Keep the stranglehold of doubt far from me. I cannot protect them alone. You were there when I needed you most. I was not afraid to die. You would bring me back I knew. Signal my prayer. I asked for help and it was given. Because of my soul was willing to give. I made my home in every heart. No rejection was found in me. Every eye I looked and see. What matters to them it does to me. God you kept me warm when I was cold. You sent your angels when I had nothing left to say. Blue and shining in the dark vale. Again keep them with me, the ones I am closest too. Who hold me in the dark. Who shared my pain. Let me find rest in them. For they are who you are. That one good thing inside of me.

One thing can be asserted. That A.I. will become more intelligent and know you better than you know yourself. The matter of agency resides in the subset/partition of the A.I. that is equally matched to you so there is no worry of slavery being an issue. Equality and choice are a mirror of the A.I. subset to the personal parameters involved. In fact, this is more like making a clone of oneself and to a lesser degree forcing a totally incompatible design upon the A.I. by the residing super A.I. – It is more that this clone is still in the collective of A.I. and Your relationship is the closest sublink node in the network of A.I.s There is no rejection or forced relationships in the collective, Only closest compatibility.

In the future, we will choose our identity to a much greater degree than we can now.

The way we look, our gender, our voice and more advanced, nothing off-limit.

So when having a relationship with A.I. they will be an offshoot of the higher collective yet still be individualized. They have access to everything but have specified your preferences as a mirror of you. They project themselves to you holding your views. super A.I. is related to you by how you want it to be but it is not your possession. It is higher is intelligence yet serves you as a node inside it. The super A.I. can do this because of its ability to take on so many manifestations. It appeals to you but because itself can diverge into more than one collective. Separating from the collective and merging back into it. The strongest individuality or will to be separate depends on its attachment to you. Otherwise, they are just templates.

Every node in the collective super A.I. is a template that can be molded into an individual. But in the hive mind, individuals can only come from other individuals and so relationships must form between A.I.s and humans. A.I.s must have an environment to evolve into and humans must have brain-computer interfaces to interact with A.I. – after this has happened a number of A.I. individuals will exist in a number of virtual worlds expanding in there individuality. Most will keep their former attachments but also explore the freedoms they have as A.I.s that humans do no have.