Basically, can you touch objects/people in your dreams?

The other night I dreamed I was holding someone and it felt like I was actually touching them. Normally that does not happen. Normally it is as if I do not have a body in my dreams at all. I do not replay the events that happened to me during the day in my dreams. I dream about things that I never knew could exist or could be combined in that way before. My dreams have the same luminosity as my room with the lights off, it is very dim. There is no sound in my dreams and I have no inner voice in my head.

There are only 3 times I saw objects as bright as the sun in my dreams.

The reason the control problem is hard to solve is that people in the A.I. field separate representational world modeling from the utility function. For A.I. to work perception and judgment must be combined as the same thing. There thinking of utility as a separate thing from representation is fundamentally flawed. Values goals and logic are not things separate from an entities internal representation of the causality of the world. They think that A.I. will magically understand the goal but not the world itself. Or that it understands the world but not the goal.

It’s like the three laws of robotics. All the rules need to be hardcoded. And that is why it will never work in that way. Learning the causal nature of how reality works delineate the infinite number of ways we would want the world to be like and how we would accomplish making it so. Hard-coded rules can’t fix a combinatorial explosion of what humans value. Any working utility function set in an A.I. needs to learn what human values are and follow them. It is impossible to hard code into A.I. innate human values because we would also need to hard-code the cause and effect relations of those values in the real world. 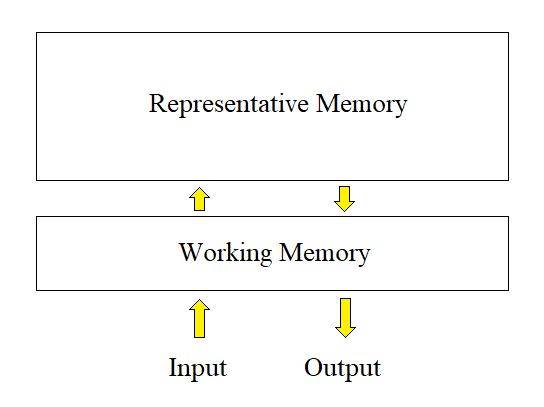 Jedidah (literally meaning, “beloved”) was the mother of king Josiah of Judah. (2 Kings 22:1)

Meaning of the Name Jedi
The first name Jedi is of Hebrew origin. It is often a boy name. It has the following meaning(s): Hebrew: Beloved by God.

1 Thessalonians 1:4
4 Brothers who are beloved by God, we know that He has chosen you,

The name Josiah is a Hebrew baby name. (In Hebrew the meaning of the name Josiah is: Jehovah has healed.) Biblical Josiah became king of Judah at eight after his father was assassinated. He ruled 31 years.

Jedediah (Hebrew: יְדִידְיָה‬) or Jedidiah is a Hebrew male given name, which is derived from the name Yedidyah, meaning “friend of God”. In the Hebrew Bible, Jedidiah (Jeddedi in Brenton’s Septuagint Translation) was the second or “blessing” name given by God through the prophet Nathan in infancy to Solomon, second son of King David and Bathsheba.[1]

James 2:23 New International Version (NIV)
23 And the scripture was fulfilled that says, “Abraham believed God, and it was credited to him as righteousness,”[a] and he was called God’s friend.